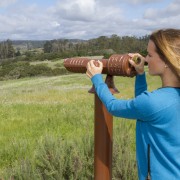 Michael Jackson had a pet ape, Justin Bieber kept a spider monkey (or was it a capuchin; like the one Ross had in friends?!), Long John Silver had a parrot and Mike Tyson owned a white tiger… Whether real or fictitious, people often attempt to keep exotic animals as pets and sometimes with disastrous consequences. Michael Jackson may have had millions of dollars to spend on “Bubbles” and his enclosure (not to mention his clothes and cigars) but, when Mr and Mrs Joe Bloggs from the UK see these exotic pets and are inspired to imitate the stars in getting one, what kind of future is in store for the animal?

What can start out as a fashion trend for an unusual pet, a desire to shock or just a penchant for the exotic can lead to misery for the owners, and more commonly, for the pet. Animals outgrowing their surroundings, or owners’ circumstances changing, lead to exotic pets being unwanted, homeless and often a danger to themselves or those around them. A12 inch baby caiman that grows up to be 10 foot long is not just for Christmas, as they say. 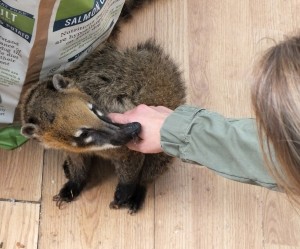 So when the python is too big to control, the lynx is no longer interested in eating Whiskas and the parrot’s novelty talking no longer amuses, what then? Thankfully for many owners, Pam Mansfield at the Exotic Pet Refuge in Peterborough has been taking in these unwanted creatures for nearly 40 years.

This charitable organisation, which survives solely on donations from the public and a handful of open days throughout the summer, is home to a wide variety of animals which have found their way to the doors of the refuge for different reasons. From the snakes left in a box by the gate, to the “smoking” laboratory monkey that was left at the door by animal rights protesters, Pam has found a home for them all – her home!

It is hard to comprehend the torment that these animals have been put through as Pam tells us story after story of neglect. One of her lemurs had an unfortunate encounter with a dog that left it with no tail, broken fingers and a paranoid disposition – not to mention coming off second best to the dog when the owner came to choosing which animal to keep. Further along we meet a capuchin that had been kept in a tiny cage with no contact at all, and through boredom, had chewed through his fingers, down to the knuckle.

The horror stories of abused and mistreated animals seem a distant memory for these animals now, in their spacious aviaries, enclosures and tanks, many of which are specially designed and built by Pam’s son Darren. The refuge has a surprisingly positive and happy atmosphere, these animals are now well cared for and are given everything they need. They are not used as entertainment, nor are they put-down if they are not 100% healthy! The Exotic Pet Refuge takes them as they are, and homes them for life.

Now I am sure that there are many owners who treat their exotic pets wonderfully but in my opinion these animals are not meant to be domesticated or in close proximity to humans. The joy of a monkey or parrot cannot be seen when caged. It is seeing these creatures in their natural environment that brings the wonder and awe of the animal kingdom to us.